The Power of Good Goalkeeper Communication 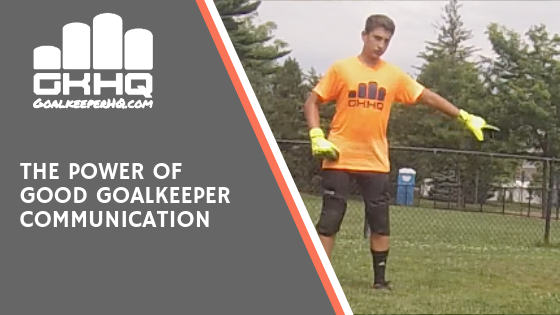 The Power of Good Goalkeeper Communication

Wesley Jackman. One of Leon’s first students and England representative.

An old coach of mine once told me, “Good goalkeepers make the first save, great goalkeepers, make the second save, but the best keepers don’t have to make a save at all.” His emphasis was on the point that goalies need to talk and need to know how to command the team. If your team is unorganized, then it’s more likely that the opponent will find a gap in the defense and have chances on goal; but if the team is organized, then it will be much harder for the opponent to break your team’s defense. You could be the best goalkeeper in the world, but if you don’t talk, then it’s more likely your team will let the ball through. On the contrary, a keeper without much skill could win his or her team the game via good communication skills. If you can tell players where to be, then you may never even have to touch the ball.

But why me?   Yes, the coach does have responsibility for the team and is the lead tactician, but it is his job to plan, and the team’s job to carry out his plan. Some coaches are not as vocal as others, and more importantly, nobody sees the field like the goalkeeper does. Yes, the other field players are supposed to communicate, but they can only see what’s in front of them, and many times they don’t talk to one another because they’re tired or have a lack of concentration. The goalie can also see the pattern of the game or play. The right winger may not notice the runner in open space behind him, or the forward may not think to press the left back who is about to play a big ball to that open man. Simple communication can stop instances like this.

So, what can I do?  Here are a few tips to help you communicate better on the field.

Good communication stops the opposition at the source