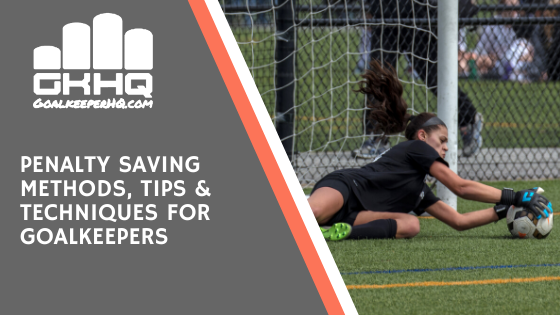 Penalty saves are the goalkeeping equivilent to outfield players scoring goals. Unless, of course, you are a [Goalscoring Goalie]

As goalkeepers, we have to be excited at the prospect of saving a penalty and being a hero. There are no expectations or demands on us. We were so pleased this year when Sydney Schneider of the Jamaican national team saved the 2019 World Cup’s first penalty wearing L1 Goalkeeper Gloves. See below.

Goalkeepers should be aware there are two scenarios and methods of saving for penalties.

Pre-penalty – Ensure the ball is kicked away by yourself or a teammate after the kick has been given. Plead ignorance if given a talking to by the referee, saying that you didn’t hear the whistle. By having the ball a long way away from the penalty taker, it delays the game thus providing extra time for the penalty taker to think about their kick and for you to get into their head.

Assess the type of player taking the kick – Generally speaking, defenders take fewer risks than forwards and tend to play safe by pushing the ball to the same side as their kicking foot. Tricky, skillful players may try to fool the goalkeeper with a clip down the middle. Left-footed players tend to put the ball in the opposite corner.

Watching the eyes of the kicker – If you can get the ball and hand it to the kicker. Watch them place the ball down. In many instances, the kicker looks to the side where they are going to kick. By being so far off your line, you are also getting a phycological advantage by covering so much of the goal until you are told to go back to your line.

Observe the approach of the kicker – The run-up of the kicker can give some idea of the body position of the kicker and therefore an indication of where the ball is intended to go. See picture ( below ) 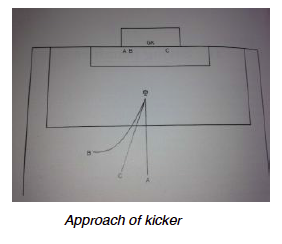 The above tips give the goalkeeper the best chance to anticipate where the ball is going to go and guess the save.

As goalkeepers, we must remember that at penalty shoot-outs, there will be players taking penalties that are not normal penalty takers. They will be nervous, play safe and easier to read. 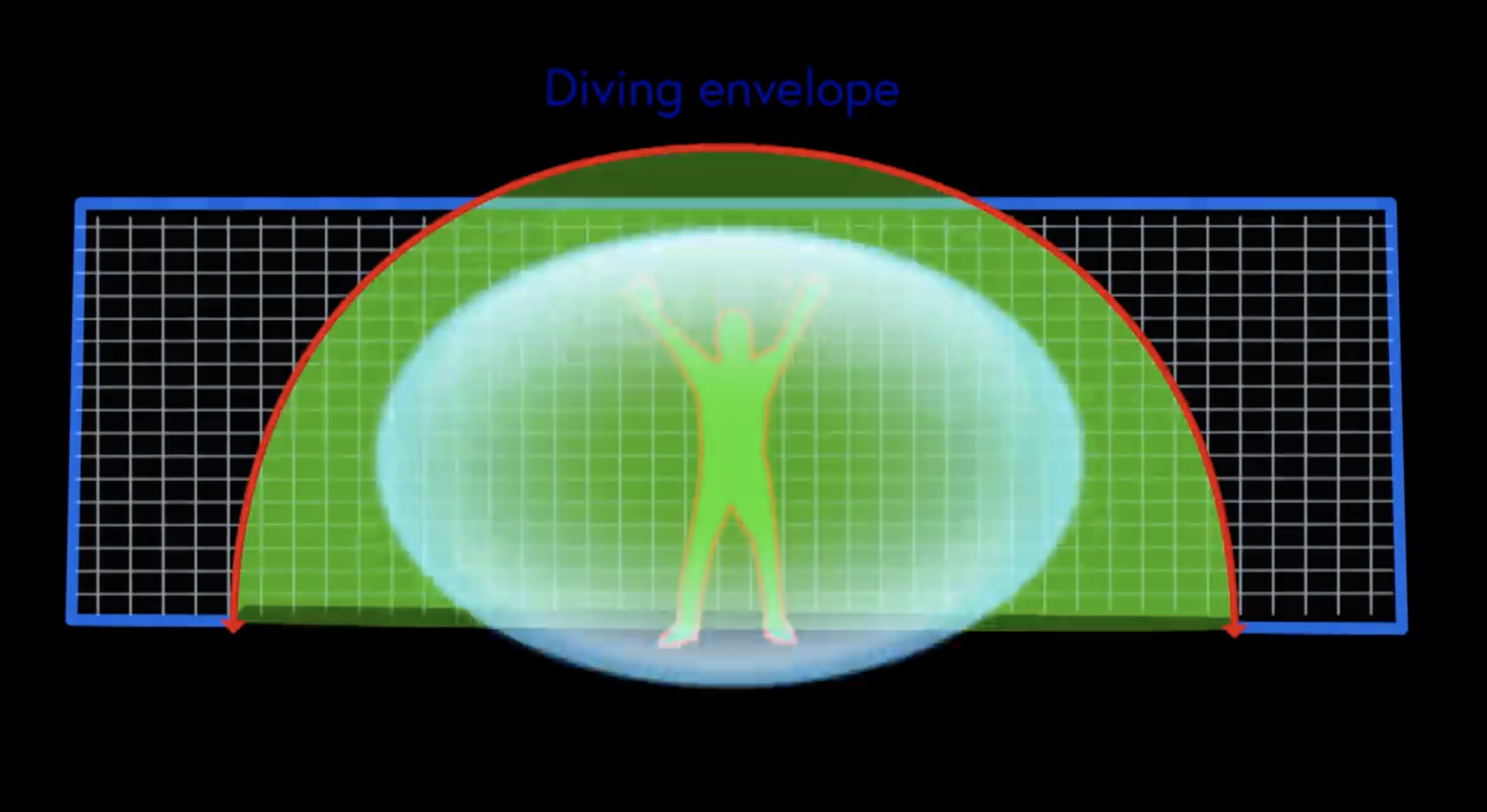 The goalkeeper in this scenario should concentrate on making saves in this area.

With this technique, the goalkeeper can pretty much react to the shot, rather than anticipate. Two saves out of five will make you a hero!

Other techniques to give you an advantage

* Dummy the kicker – Make an exaggerated move to your weaker side as the kicker runs up, hoping that they put to your strong side or make them change their mind last minute.

* Stand, off center of the goal – This messes with their head. If the kicker always kicks to the side that you have made smaller, they may think about changing…… but what if you have left the other side open because that is where you are going to dive? Get in their head!

This was recently done by one of our students this year, and was done by my high school goalkeeper who helped win two penalty kick competitions.

* Loud, large movements across the goal – Ensure you are set before saving though.

* The delay. Point out that the ball isn’t on the penalty spot, have a coach tape your finger, do your laces up. Time will only make the opposition nervous. Hope Solo famously admitted to using this tactic in the 2015 Women’s World Semi-Final which helped them beat favorites Germany 2-0. ( ABC news report below)

Lastly, don’t celebrate too early!! There have been cases of the ball hitting a crossbar or even a goalkeeper’s save, and with the goalkeeper still celebrating at a victorious penalty shoot-out, the ball has spun into the goal.

Mind games play a big part in getting into the opponents head. This takes confidence. You saw above, how Hope Solo used the stalling or delay method as part of the mind games.

In one of the most famous displays of goalkeeper mind games, Tim Krul of the Netherlands came on as a last minute substitute in the 2014 World Cup against Costa Rica. The video below shows his audacious attitude that got the Netherlands into the next round.

You see how Krul was communicating with the opposition.

I was recently notified of this great penalty save by Claire MacKenzie. Claire is one of the original GKHQ students and a fan of our L1 gloves.

“Get ready to clear this ball after I save it”.

Confidence, determination and being prepared puts doubt in the penalty makers mind.

Lastly, be aware of the new rules put in place in June 2019 in which the goalkeeper will get a yellow card for stepping off the line prior to the kick. See the article of [Goalkeepers being aware that they could get sent off whilst saving a penalty]

Sydney Schneider, after saving the second penalty in a row, ended up getting a yellow card at the 2019 World Cup after VAR showed that she stepped off her line.

Good luck to all the penalty savers.