The Benefits of Outfield Training and Playing for Goalkeepers 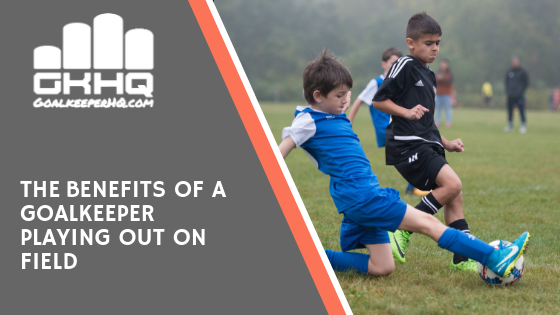 The Benefits of Outfield Training and Playing for Goalkeepers

Inspired by a question on the Goalkeeper HQ closed facebook group and something that is occuring more so in youth soccer. The goalkeeper playing out on field when not in goal.

Here is the question that was posted;

“What do you do when your child has been a keeper since they were 9 years old and you get a new coach for high school who is splitting the keeper position but wants your child to play the field the other half. And during practice and scrimmages puts your child on the field to practice rather than in the other goal. Daughter is a junior and has every intention of playing college. Thoughts?”

I see there being two parts to this question.

The benefits of playing out on the field.

We should all know that the game is evolving and that goalkeepers, amongst other things, are expected to play the ball out like an NFL Quarterback. See the article.

I will provide ( soon, I hope )  an article on how to be not just good, but great with your feet in another article, but for now, let’s look at the benefits of being asked to play on the field.

Many thanks to the Goalkeeper HQ community who helped answer this question with real-life answers. See below. 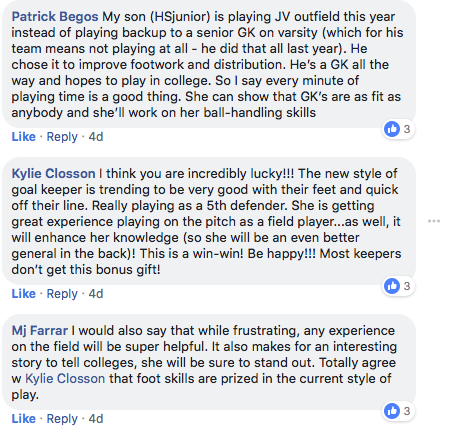 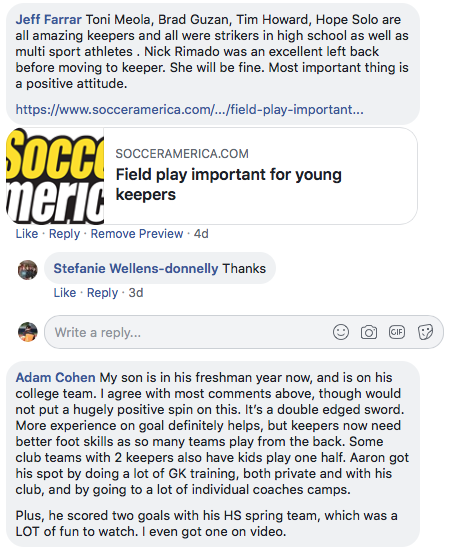