The Threat Of Not Being The Number 1 Goalkeeper 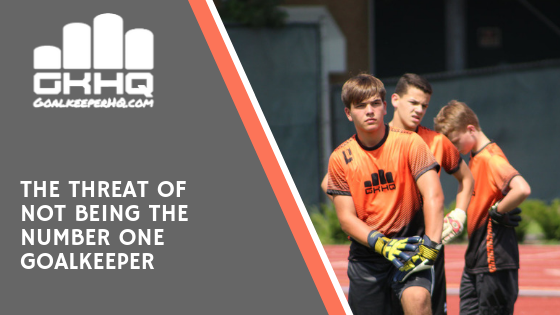 The Threat Of Not Being The Number 1 Goalkeeper

The Goalkeeper HQ community is proving it’s worth with the website and social media platforms acting as a great resource. We recently got a great question which I wanted to share with everyone.

“What do you do when your child has been a keeper since they were 9 years old and you get a new coach for high school who is splitting the keeper position but wants your child to play the field the other half. And during practice and scrimmages puts your child on the field to practice rather than in the other goal. Daughter is a junior and has every intention of playing college. Thoughts?”

I see there being two parts to this question.

Dealing with the threat of not being the #1 Goalkeeper

There are pros and cons to having to deal with two goalkeepers on a team. In the article – “Best of friends, keenest of rivals – Dealing with being one of two goalkeepers” I list the benefits, which are;

With this being said, there is a psychological barrier to deal with when you feel you are losing your place as the starting goalkeeper. Confidence issues come to play and a feeling of rejection can arise.

As in another article that addresses “Dealing with getting dropped from the team” here are some reasons why you may be falling out of favor?

Some reasons why a coach may drop you.

The same article also provides advice on dealing with some of the emotions if you do get dropped, but the original question does not imply that this has happened so here is advice for a healthy and competitive relationship with any goalkeepers looking to take your spot.

Here is some advice for goalkeepers who are competing for the number one spot.

1 – Do not make enemies with the other goalkeeper. Although they are competing with you for your place, you need them to push you harder, provide quality service, warm you up, provide you with rest during practice drills. A visual resentment towards the other goalkeeper will not go down well with the coach.

2 – Be coachable. The ability to take criticism without looking for an alibi. Not being a “Know it all”, and always looking to improve.

3 – Show that you love the game and the position. Is there a passion in the way that you train? Give 100% every time.

4 – Provide evidence of being mentally tough. Ensure that one mistake does not lead to a mental breakdown causing many more mistakes.

6 – Practice at home. Even if it is small things like strength or speed training. Little improvements add up over time.

7 – Show that you are willing to make sacrifices. Are you available for selection during a friends birthday party – even if you don’t get to play?

10 – Similar to #9, is the communication you give your defenders. If you just bellow out instructions or commands without any praise, the defenders will get sick of you. Boost their ego. Make them feel good with a “well done” – Defenders will like playing in front of goalkeepers that make them feel good. Coaches will pick up on that chemistry and elect to play you.

11 – Be ready to perform when called upon due to injury. See my post “Waiting in the wings”