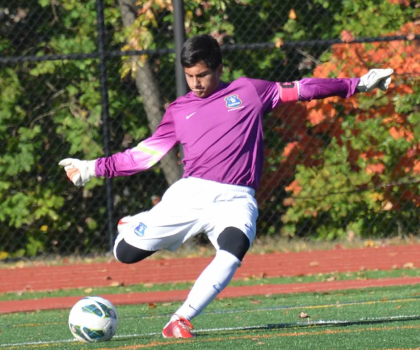 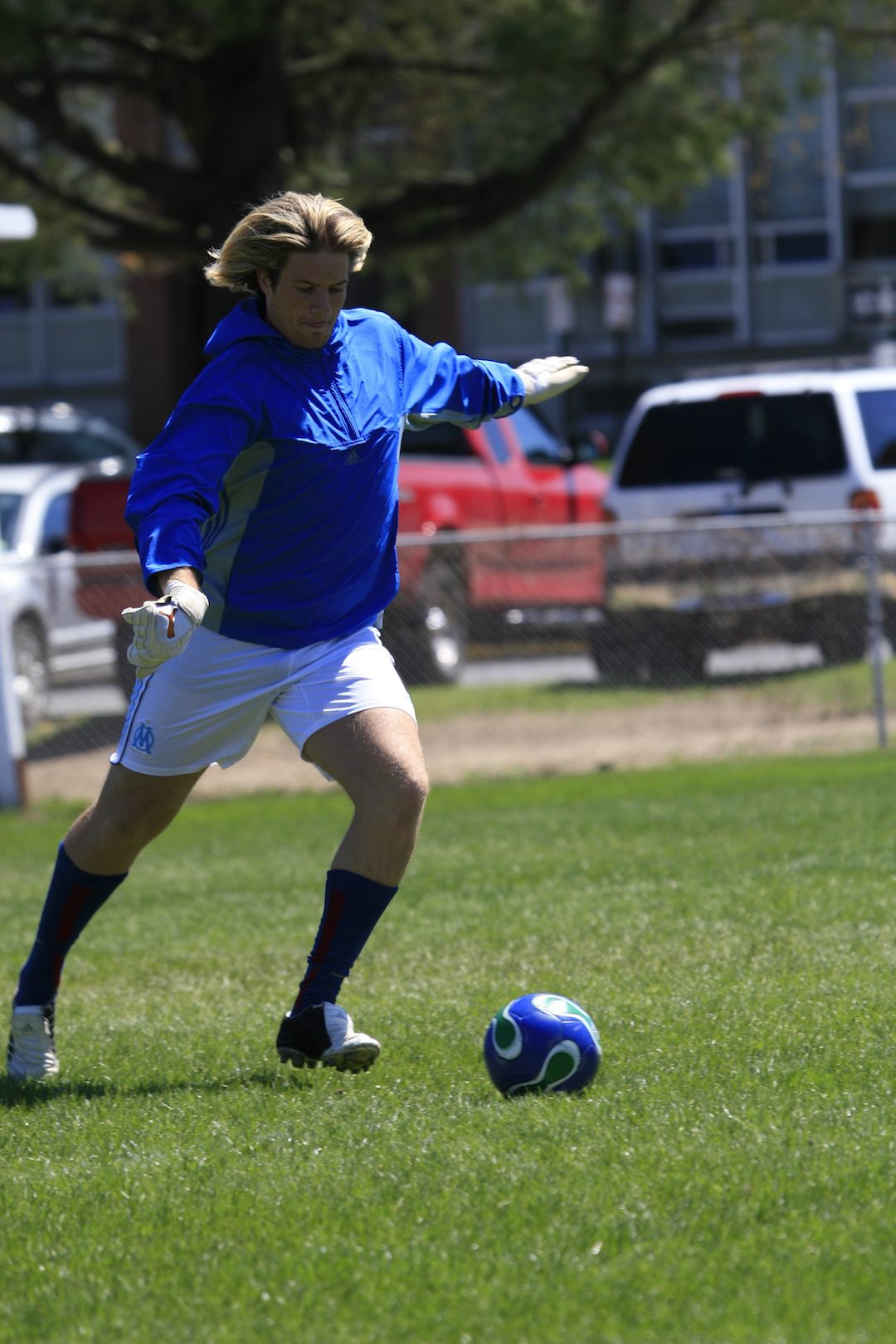 The Goalkeeper should be a soccer player first and have in addition the knowledge and ability to play in goal.

That fact, as well as the fact that 76% of a goalkeeper’s touches in a game do not involve the hands requires the goalkeeper to be competent with the ball at their feet and the back pass situation.

With good vertical play and a confidence to play with feet outside the area, the goalkeeper’s position can lead to an extra player advantage on the field (especially indoors)

Are the players in your team scared to play back to the keeper? – Please discuss with the team the advantages of playing the way you face as a defender and using the goalkeeper to pivot play.

Much of the back pass is tactical ( decision making ) and communication within the team is key.

The goalkeeper, and players should adopt these 4 words so that everyone is clear on what is happening.

“KEEPER” – Dont touch it, keeper is coming “BACK” – Play it back to the keeper
“AWAY” – Clear it
“TURN” – Keep possession. You have time to turn

Ideally the goalkeeper would be looking to play to a defender who has peeled off wide, thus maintaining possession. The pass, as expected with outfield players should be the correct weight and accurate. (Not necessarily to feet, but in front )

Common errors for misplaced passes include:

The long kick is often a last ditch effort to clear from a charging forward. This kick is to clear danger. Height, distance and width are needed. Remember that this often results in a loss of possession, as larger opposition defenders facing the field of play are more likely to win the ball.

A good goalkeeper who is comfortable with the ball at feet should be an advantage to the team rather that a hindrance, giving everyone heart attack on the side!

See this unusual way to deal with a back pass.

The importance of a good first touch

Kicking balls from the floor

Breaking down the Courtois backpass mistake